Blog
You are here: Home1 / Blog2 / Uncategorized3 / Hormones Out of Whack: The Global Threat From Endocrine-Disrupting Che... 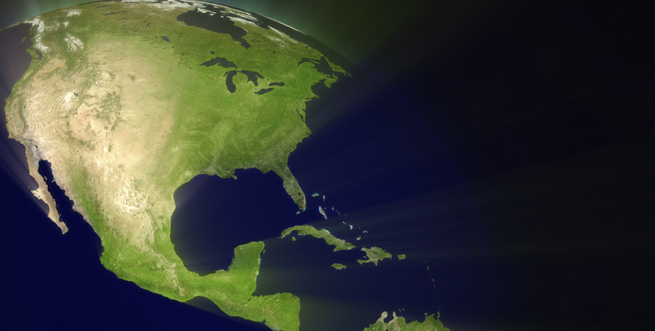 In Ruth Ozeki’s heartbreakingly funny novel My Year of Meats, narrator Jane Takagi-Little reflects on her journey through fertility challenges and miscarriage while producing a documentary series for Japanese television on behalf of the American corporate meat exporter Beef-Ex. About midway through the novel, Jane realizes that a synthetic hormone once used in livestock production, diethylstilbestrol (DES), was also for decades widely prescribed to millions of pregnant women. Confronting her mother, Jane asks,

“Mom, when you were pregnant, did your doctor tell you to take any medicine? Any pills?””I don’t remember … It was a bad time. Doctor say I am so delicate.”

… Doc must have subscribed to the Journal of Obstetrics and Gynecology, seen the [DES] ads. So he gave her a prescription, probably about 125 milligrams of diethylstilbestrol, otherwise known as DES, to take once a day for the first trimester of me. To keep me in place, floating between her delicate hips.

Sadly for Jane and millions of real-life women, DES didn’t prevent miscarriages — in fact, just the opposite was true. In a chapter on DES for a 2002 report by the European Environment Agency, the authors note the higher rates of pregnancy problems among women who took the drug and further reproductive health problems among their offspring. Incredibly, the ineffectiveness of DES was known by the early 1950s, and early warning signs about health problems were also overlooked. The authors state, “Had the data [about DES] been properly analyzed in 1953, nearly 20 years of unnecessary exposure to DES might have been avoided. The fact that this drug was prescribed for two decades after its lack of efficacy was clearly demonstrated illustrates a massive failure of the system.”

I’ve recently written about synthetic chemicals that can mimic and alter our bodies’ natural hormones, chemicals like DES that can lead to harmful effects at even very tiny doses. Two decades ago, when researchers first documented these kinds of chemicals it seemed almost like science fiction. But 20 years later the evidence is stronger than ever, and now a team of 16 scientists from ten nations has released a decade-long research report on the global evidence of health hazards from these hormone-mimicking substances. Unlike DES, we are not exposed to these chemicals as prescription drugs, but through hundreds of everyday products, like food packaging, plastics, cosmetics, baby products, furniture and other products containing flame-retardant chemicals, and many other common products. Our risk of diseases related to exposures to these chemicals may be significantly underestimated, especially since there has been little attention to the exposure our children and families typically receive to the mixtures of the many hormone-altering chemicals in our homes, schools, and workplaces.

The summary of the joint World Health Organization-UN Environment Program (WHO-UNEP) report notes that there are about 800 chemicals known or suspected to be such hormone-altering, “endocrine-disrupting chemicals” (EDCs). Like the vast majority of chemicals in current use, most known or suspected EDCs have never been tested for impacts on our health. The WHO-UNEP report warns that our health depends on our ability to reproduce and develop normally, and that this becomes impossible when chemicals impact the function of our natural hormones. The growing concern around EDCs stems from evidence of the high incidence and increasing rates of endocrine-related diseases, mounting numbers of studies linking endocrine disruption to disease, and increasing observations of endocrine-related impacts on wildlife.

In a press statement, Dr. Maria Neira, WHO’s Director for Public Health and Environment, noted, “The latest science shows that communities across the globe are being exposed to EDCs, and their associated risks … We all have a responsibility to protect future generations.” Among the report’s findings:

So how does the report recommend protecting our families and future generations? More research, better testing, more product information, more coordination internationally — all good ideas that are highlighted in the report’s conclusions. But earlier, in a mostly-overlooked passage, the authors hint at the need for stronger action. In a discussion about the history of the use of lead in gasoline and paint, they note that, like now with EDCs, scientists knew long ago about the potential for health risks from lead, but policymakers did nothing for decades. They conclude:

Scientific data [about lead poisoning] were present many years before the policies were changed and the chemical was banned. During that time, children’s health continued to be harmed. So the question is, when are there sufficient data to act? Perhaps the answer is in making more use of the precautionary principle to ban or restrict chemicals in order to reduce exposure early, even when there are significant but incomplete data and before there is significant and long-lasting harm.

The notion of taking precautionary action, of regulating potentially harmful chemicals and requiring safety testing before they come to market, rather than waiting until our children and families get sick, seems just common sense. In the case of EDCs, for example, it should be simple to immediately ban the use of flame-retardant chemicals in children’s products, where these chemicals have proven ineffective and where they could create serious long-term health problems.

But the flame-retardant chemical companies don’t see it that way. For decades they have used every trick at their disposal (and massive political spending) to thwart common-sense health protections.

In a commentary on My Year of Meats, Ruth Ozeki muses about the power of imagination in making a better world,

Jane needs hope. AS a DES daughter there is still a chance that she might develop cancer, and she acknowledges this. What’s important here is her awareness that although writing a happy ending might not change the future, it is still important to imagine one … Without the power of the imagination we lack the power to alter outcomes, so if we can’t imagine better outcomes in a better world, we cannot act to achieve these. You can’t make something you can’t imagine first.

I can imagine a world where children are not threatened by harmful chemicals in their daily lives, where simple acts of precaution are commonplace, and where our families’ health matters more than short-term profits. If you can too, I urge you to act for our children and future generations by joining the call for safer chemicals.