Eat whole foods. Exercise. Meditate. Rely on supportive family and friends. All of these things have been linked, whether independently or together, with better health. And now, a new study shows it’s never too late to start reaping the benefits of changing to healthy lifestyle — and that those changes could even reverse cell aging.

The study, published in the journal The Lancet Oncology, shows that healthy lifestyle changes can have an impact on aging and age-related diseases on a cellular level, by increasing the length of telomeres. Telomeres are the “caps” that protect the ends of chromosomes, similar to how shoelaces have plastic caps to stop them from fraying.

Shorter telomeres have been linked in previous research with cell aging and increased risks of age-related diseases like cancer and dementia, as well as premature death.

“We know from earlier studies that eating an unhealthy diet, smoking cigarettes, being under chronic emotional stress, loneliness and depression may shorten telomeres. But this is the first one we can actually increase the length of them,” study researcher Dean Ornish, M.D., told HuffPost. Ornish is the founder and president of the Preventive Medical Research Institute, clinical professor of medicine at the University of California, San Francisco, and medical editor at HuffPost. He’s also conducted extensive research throughout his career evaluating the effects of lifestyle changes on coronary heart disease.

For the study, Ornish and colleagues assigned 35 men with low-risk prostate cancer, who were not being treated for their cancers but were undergoing active surveillance, to one of two groups. One group of 10 men was instructed to make lifestyle changes — including eating a plant-based, vegan diet of whole foods, exercising moderately, receiving social support, and practicing stress-management strategies such as mindfulness and yoga — for five years, while the other group of 25 men was not instructed to make any lifestyle changes. All of the study participants’ telomeres were measured at the start of the study.

Researchers followed up with the men after the study period, when they again measured their telomeres. They found that telomere length actually increased among the men who were assigned to undergo the lifestyle intervention, by an average of 10 percent. Meanwhile, telomere length decreased by an average of 3 percent among the men not assigned to a lifestyle intervention.

They also found that the amount telomeres lengthened was linked with the degree to which the men implemented the healthy lifestyle changes, with those making more changes experiencing greater lengthening of their telomeres.

Telomere research is still young, and more research is needed to understand what exactly a 10 percent average increase in telomere length translates to in terms of disease and death risk. But the findings do tell us that “our genes are predisposition, but not our fate,” Ornish said. “To the extent we’re wiling to make changes to diet and lifestyle, we can change things that were once thought to be impossible.”
https://sncaz.com/wp-content/uploads/2010/12/r-HEALTHY-LIFESTYLE-large570.jpg 238 570 Elementalone https://sncaz.com/wp-content/uploads/2013/04/header_logo_large.png Elementalone2010-12-28 13:24:302013-09-26 06:04:24Healthy Lifestyle Changes Might Reverse Cell Aging, Study Suggests 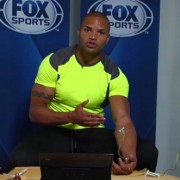 How IV supplements helped me 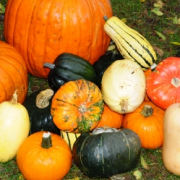 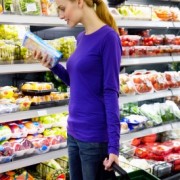 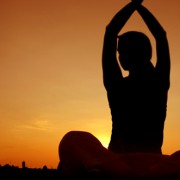 Breathing And Your Brain: Five Reasons To Grab The Controls
0 replies

Breathing And Your Brain: Five Reasons To Grab The Controls
Scroll to top