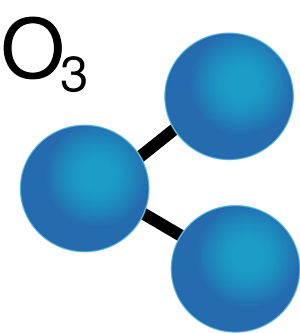 Ozone is a form of oxygen but unlike regular oxygen, it is composed of three oxygen atoms instead of two. The addition of the third oxygen atom makes ozone “supercharged” oxygen, and gives it all of its remarkable medical properties. Anything can be toxic to the human body if given in amounts that exceed the body’s capacity to utilize it. Ozone is found naturally in the body. White cells translate ozone as part of the immune response, allowing pure medical grade ozone to have a safety record that is unparalleled.

Ozone therapy consists of the introduction of ozone into the body via the vagina, rectum, intramuscular (in a muscle), subcutaneously (under the skin), or intravenously (directly into veins). IV Ozone can also be introduced via autohemotherapy, in which blood is drawn from the patient, exposed to ozone and re-injected into the patient. This is the most common and effective method of Ozone administration. Generally 50-60 cc of blood is removed into a sterilized syringe and then added to a sterile bag of IV fluid with Heparin to prevent clotting. Immune complexes are added to the IV fluid/blood and then readministered to the patient via Intravenous access. The entire procedure takes about 30-40 minutes.

As mentioned above, ozone can be injected into a joint, muscle, or area of pain and is often referred to as Prolozone. Prolozone uses the power of ozone to heal damaged tissues, joints, ligaments, and tendons; allowing for regeneration. Prolozone can induce complete healing and a permanent end to pain. Prolozone works by infiltrating an area of injury or pain with oxygen in the form of ozone. The tissues get what they need to heal and the circulation to the area is re-established. Response to treatment varies from person to person however, most see therapeutic benefits after just one treatment.

Because these cookies are strictly necessary to deliver the website, refuseing them will have impact how our site functions. You always can block or delete cookies by changing your browser settings and force blocking all cookies on this website. But this will always prompt you to accept/refuse cookies when revisiting our site.