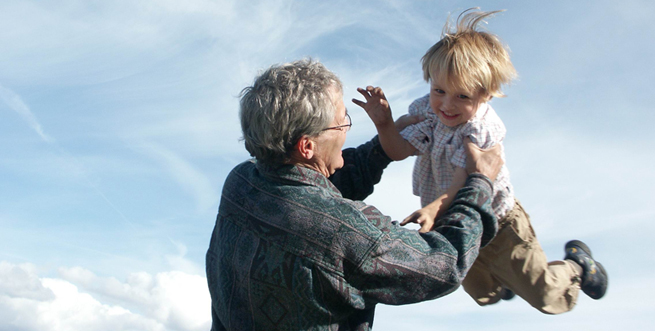 Neuherberg – New research shows that growing up in areas where air pollution is increased raises the risk of insulin resistance (the prescursor to diabetes) in children. The research is published in Diabetologia, the journal of the European Association for the Study ofDiabetes (EASD), and is by Elisabeth Thiering and Joachim Heinrich, Helmholtz Zentrum München, Neuherberg, Germany, and colleagues.

“Although toxicity differs between air pollutants, they are all considered potent oxidisers that act either directly on lipids and proteins or indirectly through the activation of intracellular oxidant pathways,” says Heinrich. “Oxidative stress caused by exposure to air pollutants may therefore play a role in the development of insulin resistance. In addition, some studies have reported that short-term and long-term increases in particulate matter and nitrogen dioxide (NO2) exposure lead to elevated inflammatory biomarkers, another potential mechanism for insulin resistance.”

In this new study, fasting blood samples were collected from 397 10-year-old children within a follow-up of two prospective German birth cohort studies. Individual-level exposures totraffic-related air pollutants at their birth address were estimated by analysing emission from road traffic in the neighbourhood, population density and land use in the area, and the association between air pollution and insulin resistance was calculated using a model adjusted for several possible confounders including socioeconomic status of the family, birthweight, pubertal status and BMI. Models were also further adjusted for second-hand smoke exposure at home.

Heinrich says: “There is some evidence that air pollution is associated with lower birthweight and growth restrictions—also shown previously in one of the cohorts of the present study—which are known risk factors for type 2 diabetes. Thus, one may speculate that lower birthweight is an intermediate step or ‘phenotype’ between air pollution and insulin resistance. However, we found no evidence to suggest that this may be true in our cohort of children, all of whom had birthweights above 2.5kg.”

He concludes: “To our knowledge, this is the first prospective study that investigated the relationship of long-term traffic-related air pollution and insulin resistance in children. Insulin resistance levels tended to increase with increasing air pollution exposure, and this observation remained robust after adjustment for several confounding factors, including socioeconomic status, BMI and passive smoking.”

Currently, the 15 year follow-up of both cohorts is ongoing and the authors are planning to investigate how their findings translate into older age during or after puberty. “Moving from a polluted neighbourhood to a clean area and vice versa would allow to explore the persistence of the effect related to perinatal exposure and to evaluate the impact of exposure to increased air pollution concentration later in life,” says Heinrich. “Whether the air pollution-related increased risk for insulin resistance in school-age has any clinical significance is an open question so far. However, the results of this study support the notion that the development of diabetes in adults might have its origin in early life including environmental exposures.”

The Helmholtz Zentrum München, the German Research Center for Environmental Health, pursues the goal of developing personalized medical approaches for the prevention and therapy of major common diseases such as diabetes and lung diseases. To achieve this, it investigates the interaction of genetics, environmental factors and lifestyle. The Helmholtz Zentrum München is headquartered in Neuherberg in the north of Munich and has about 2,100 staff members. It is a member of the Helmholtz Association, a community of 18 scientific-technical and medical-biological research centers with a total of about 34,000 staff members. www.helmholtz-muenchen.de

The German Center for Diabetes Research (DZD) brings together experts in the field of diabetes research and interlinks basic research, epidemiology and clinical applications. Members are the German Diabetes Center in Düsseldorf, the German Institute of Human Nutrition (DIfE) in Potsdam-Rehbrücke, Helmholtz Zentrum München – German Research Center for Environmental Health, the Paul Langerhans Institutes of the University Hospital Carl Gustav Carus in Dresden and the University of Tübingen, as well as the Gottfried Wilhelm Leibniz Association and the Helmholtz Association of German Research Centres. The objective of the DZD is to find answers to open questions in diabetes research by means of a novel, integrative research approach and to make a significant contribution to improving the prevention, diagnosis and treatment of diabetes mellitus. www.dzd-ev.de

Hormones Out of Whack: The Global Threat From Endocrine-Disrupting Chemical...